Day 2 Of Our Backpacking Trip

Hiking from Dry Lake to San Gorgonio Peak was our goal. Friday morning we backpacked from the South Fork trailhead to Dry Lakes. We woke up early on Saturday morning. I had actually woken up a few times during the night. The first time was to a chorus of coyotes. The second time I woke up because something was sniffing around my tent. I almost had a heart attack and was way too scared to look and see what it was.

Even though it was only 6 am we climbed out of our tents to make coffee. The only problem was it is so hard to open a bear canister when your hands are cold. I couldn’t get mine open and thank goodness for Sally being able to open mine or I would have starved to death. After a healthy breakfast of Pop-Tarts and coffee, we decided we would try to summit San Gorgonio. We have both summited from Vivian Creek, but never from this side. We packed up a lunch and put our supplies in small packs. The day before we had stopped at REI and picked up microspikes.

We were following Alltrails. There are two ways to go. One is to hike back to the saddle of Dry Lake and Dollar Lake and head up from there or to start the trail near where we had camped and headed up Mine Shaft Trail. We opted for the closer trail. Within a 1/4 of a mile of camp we were in serious snow and we had to stop and put on our microspikes. It was early in the morning and the temperatures had been cold the night before so the snow was still solid and we had no problem walking on it with the microspikes and our poles.

Navigating In The Snow

The real problem became navigating. It’s impossible to follow a trail that is covered in snow. Every couple hundred yards we had to stop and see how close we were to the red line on All Trails. After we made it to the top of a canyon we found out that we somehow got off course. At the top, we were on dirt and we had to sit down and take off our microspikes.

Using the red line on All trails we went straight up a side of a mountain and somehow found our trail. We were at 9,960 feet above sea level, which meant we had 2,000 feet more to climb. Sally had a huge blister on the back of her heel and she wasn’t feeling it. We decided that San Gorgonio wasn’t in the cards for us that day. I again looked at All Trails and saw that we could continue on the trail we were on and we would be able to loop back to camp.

Looking Up At San Gorgonio Peak

When we made it to the saddle we could either continue on Sky High Trail and in another 3.6 miles we would be at the top of San Gorgonio or we could take Fish Creek Trail and eventually end up back at Dry Lake we opted for Dry Lake. When we looked up at San Gorgonio there was so much snow we couldn’t even see the switchbacks. We were pretty confident that we could make it to the top, but we were scared of what it would be like coming back down after the sun had been out all day.

Fish Creek Trail had way less snow than the way we came up, but unfortunately, we ran into 100 feet of dirt and then huge mounds of snow completely covering the trail. We tried going over the snow, but we would either post-hole or start sliding downhill. Eventually, when we got to the snow we either went up or down the mountain to go around it. On the way back to camp we found Lodgepole Spring which we had looked for the day before. All together we hiked 8 miles and made it back to camp in one piece.

We spent one more night at Dry Lake and hiked back down to our car the next morning. We hiked a total of 25 miles and got experience with our bear canisters and microspikes. It was a good practice trip for the Sierras. 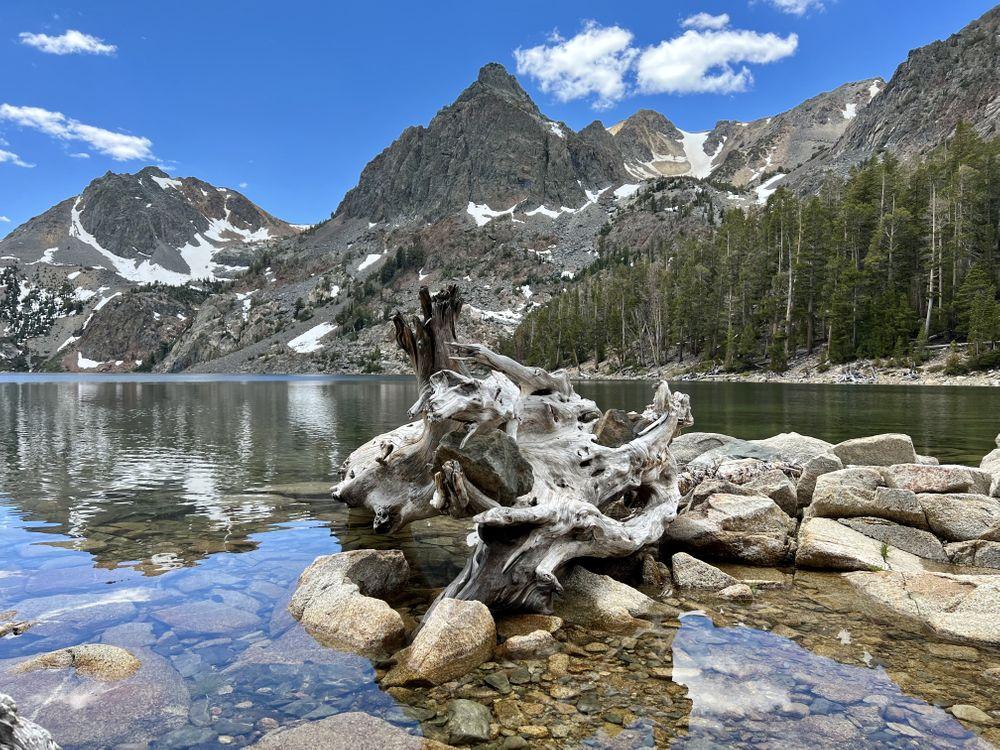 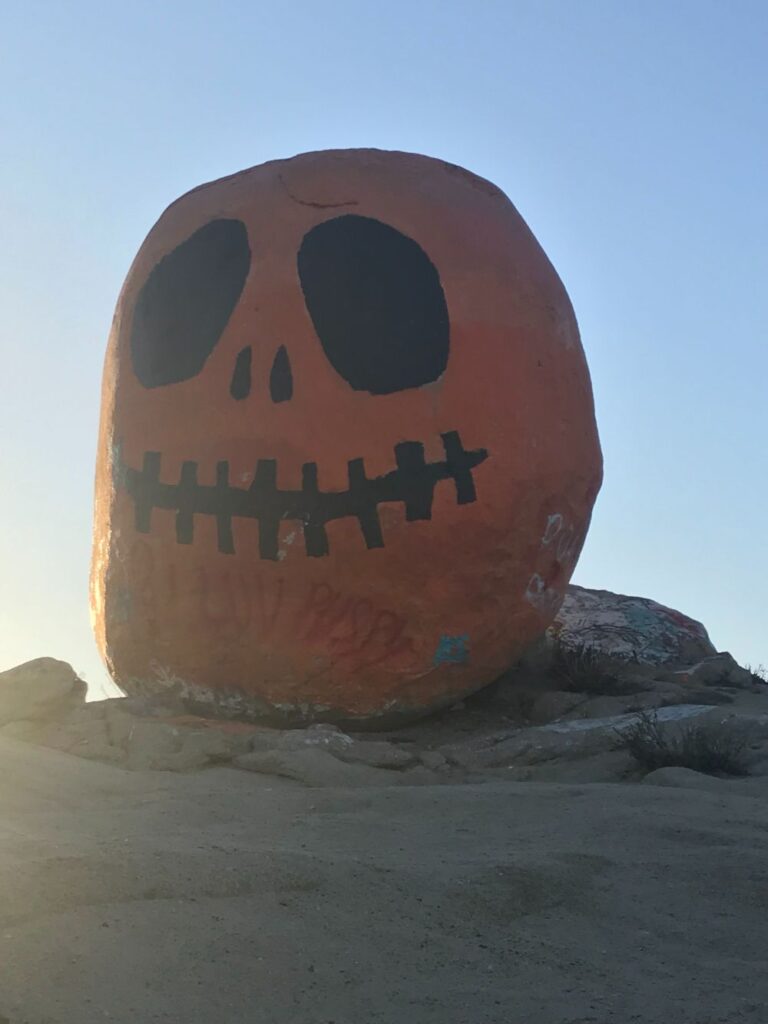