On a Friday in June Sally and I decided to try hiking Mount Baden-Powell. We have both done this hike before, so we fooled ourselves into thinking that it wouldn’t be that hard of a day. Boy were we wrong. We encountered crazy weather, large banks of snow, and the added difficulty of trying to hike with two dogs.

The trailhead is located off of Highway 2 outside of Wrightwood. Be aware that Highway 2 is often closed. The highway is prone to landslides and Cal Trans spends a considerable amount of time scraping rocks off the road. Be sure and check for road closures before you drive there. The trail starts at Vincents Gap and there is a large parking lot. The parking lot fills up on the weekend and an adventure pass is required to park. There are two vault toilets, but no running water.

The summit of Mount Baden-Powell is at 9,406 feet and it is one of the tallest peaks in the San Gabriel mountains. The trail to the summit intersects with the Pacific Crest Trail (PCT) in case you want to channel your inner Cheryl Strayed. The mountain was named for Lord Baden-Powell the founder of the Boy Scouts.

The trail up is pretty straight forward and easy to follow. It is about 4 1/2 miles to the top and we climbed about 3,000 feet. The incline felt a little more gradual than some of the other Southern California peaks because there are over 40 switchbacks on the way to the top. When we first started up the air was cool and the sky was clear. We didn’t pass many people because we were hiking on a weekday.

A couple of miles into our hike and we encountered our first snow. We let the dogs stop and have fun in the snow. About a mile from the top we got to banks of snow that were covering the trail. It wasn’t possible to go around, because it was too steep above and below so we had to go through it. Unfortunately, because it was June the snow was soft and we post-holed through the banks. The dogs had no problem going over the snow, but somehow Sally and I came out looking like we had rolled around in a snowbank.

Just below the summit, we walked across a ridge and we came upon Wally Waldron the oldest living organism in the San Gabriel Mountains. Wally Waldron is an ancient Limber Pine estimated to be over 1,500 years old. Its roots are precariously hanging onto the edge of the trail. These large knarled roots help protect Wally from the wind and rain. There is a sign telling about the history of the tree. After passing Wally it is just a few short switchbacks to the summit of Baden Powell.

We were so relieved to reach the summit. There is a monument to Baden- Powell, a logbook, and sometimes there is an American Flag and a summit sign. On this visit, there was no flag. There seems to be a debate going on within the hiking community about leaving flags and trail signs. Some people believe that leaving these things at the summit violates the leave no trace policy. There was a summit sign this time so we took pictures with it. This was Jinx’s 2nd summit. After our pictures, we found a place to hunker down and eat lunch and rehydrate. We used so much energy on the way up that after lunch we both lied down in the dirt and closed our eyes for about 30 minutes. It felt glorious to soak up the sun and rest.

Time to Hike Down

Some people might think that going down is easier than going up, but that is not always the case. When we are feeling tired going down can feel hard on our knees and if you add dogs and snow to the mix down can be even more treacherous. Getting past the snow was even more difficult on the way down because the sun had warmed up the snowbanks. We tried to step our way across, but we basically turned the snowbank into a giant slip and slide, and by the time we got to the other side our pants were soaking wet and we had a lot of good laughs.

During our hike, we encountered a wide variety of weather. In the morning it was cool and cloudy, however, when we got to the summit the sun was out and the skies were blue. On our way down very low clouds started to roll in and the temperature dropped. We felt like we were walking in a cloud bank. When we got close to the bottom it started to rain and then it hailed a little bit. Luckily, neither the hail nor rain lasted long and we just kept hiking down.

In June Sally and I were still training for Mt. Whitney so we were happy we completed this hike. We both agreed that hiking Baden Powell reinforced a few good lessons. #1 Sometimes your body just might not be feeling like hiking. Sally and I have both hiked Baden Powell before in half the amount of time that this hike took, but for whatever reason, it just wasn’t our day. #2 Always be prepared for anything. We both have micro-spikes and they would have made our trek over the snow so much easier, but who knew we would need micro-spikes in June in Southern California. Also, neither of us had brought rain gear. The rain wasn’t in the forecast at all for the day and when we left the valley it was sunny.

We Made It To The Car

Luckily, we made it back to the car without getting drenched. We might have to revisit Baden Powell in the near future because it is a beautiful hike that is great for conditioning and it is part of the Southern California Six Pack of Peaks. 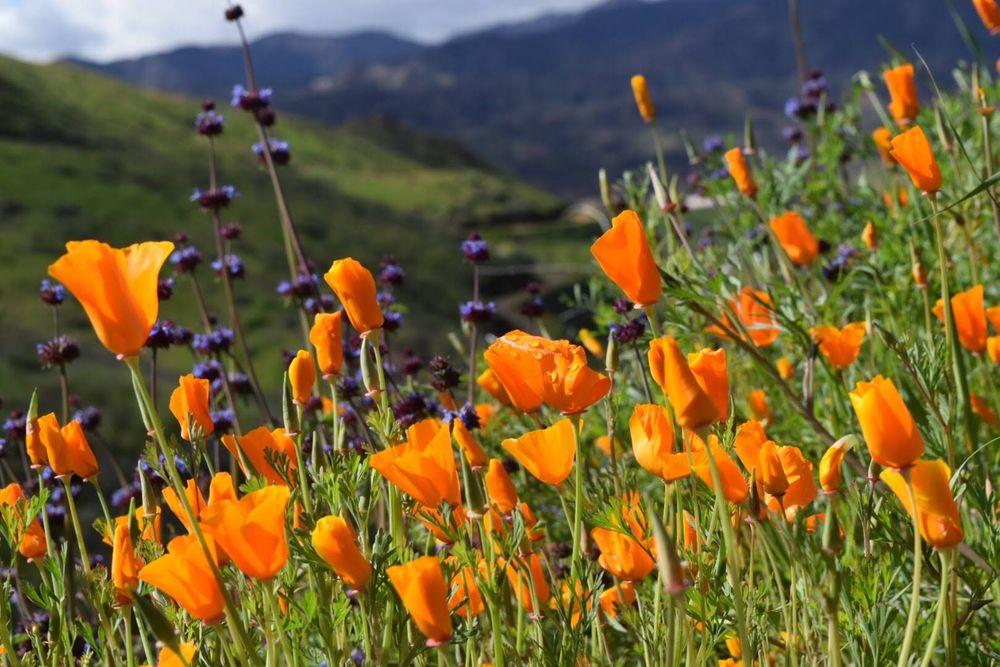 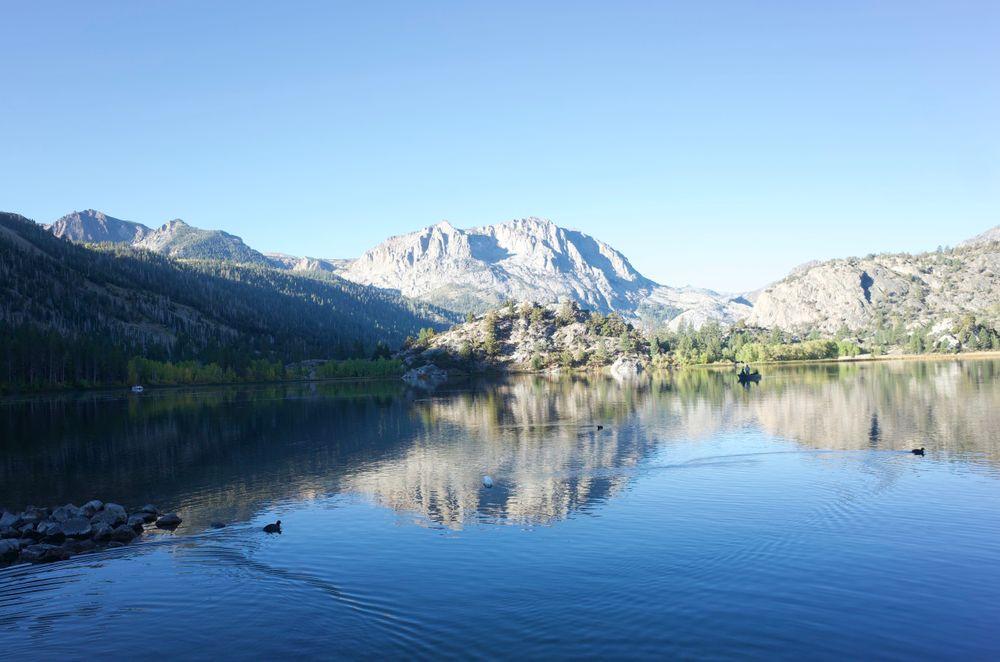 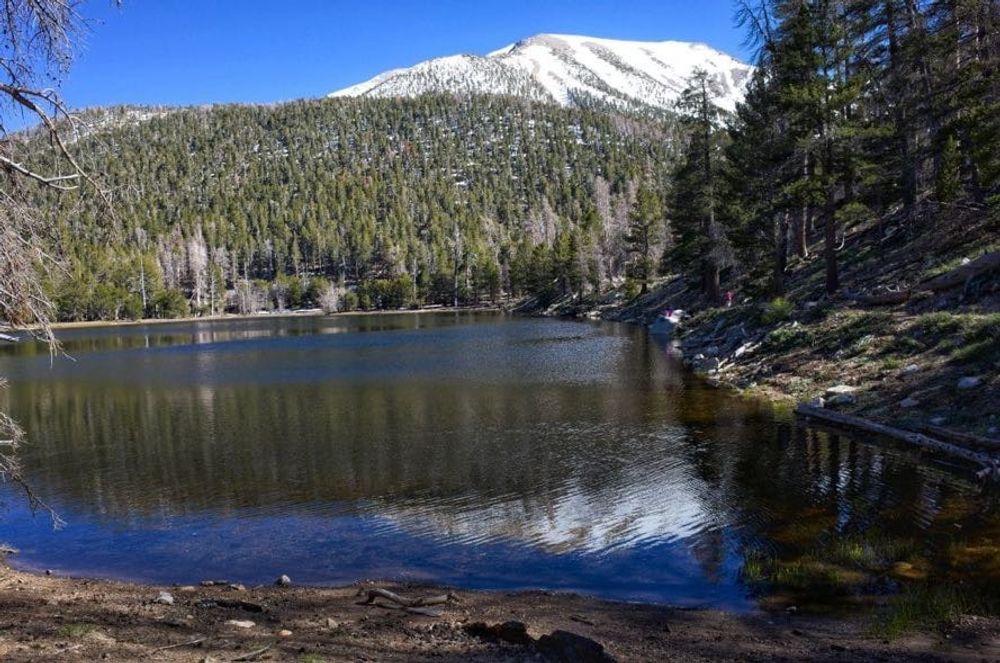