Day drinking in Julian, CA is an enjoyable way to spend an afternoon. Julian is a quaint little mountain town in San Diego County. The population is around 1,500, but on holiday weekends streets are overflowing with tourists. Julian’s main attraction is apples, however, there are many things to do in addition to apple picking. At the end of March Sally and I camped about 30 miles from Julian. We stopped at two different breweries to taste the beers and admired all the daffodils that are growing all over town. If beer isn’t your thing you can visit a cidery or wineries instead. There are a few in town.

After hiking to Eagle Rock along the PCT in Warner Springs, we drove into Julian. We stopped at Nickel Beer Company. It is located 1/2 East of downtown. It is the cute green building right next to the highway. We were there on a Monday so it wasn’t busy. There was a trio playing trivia and us. There are 16 beers on tap about and about 1/2 of those are IPAs. I picked the Apple Pie Ale because we were in Julian and apples are so popular. Apple Pie Ale is a hybrid of ale and cider and they use local Winesap apples. It tastes like apple pie in a glass because they brew it with cinnamon, nutmeg, allspice, and clove.

Round two. The bartender suggested Nebula Red Wet Hop Red which is brewed with hops from Michigan and has notes of strawberries and watermelon. The Nebula has a well-balanced flavor and is an easy-drinking beer. The beer cheese on the menu piqued our curiosity. I’m not sure what I was expecting the beer cheese to be, but it was about the consistency of cream cheese and it came in a small plastic cup. Our cheese came with a small sleeve of Ritz Crackers and 2 plastic knives to spread it. I thought the cheese was good, but I wouldn’t be able to tell what kind of beer it was made from.

The vibe at Nickel Beer is relaxed. The building and its branding are cute and the bartender was nice. They have a covered patio with lots of seating. Overall we give Nickel Beer Company a thumbs up for day drinking in Julian.

On our second day of camping, we went hiking at Volcan Mountain Preserve. When we finished our hike we stopped at Julian Beer Co. it is located right on Main Street in Julian. There is plenty of outdoor seating and a few buildings that offer indoor seating, however, our visit was during COVID restrictions and everyone had to eat outside. There is a cute bartop that faces the main street and is perfect for people watching.

Julian Beer Co. has 18 beers on tap. Because we had just been hiking and I love tea I chose the Early Hiker. This beer is a mix of Earl Grey Tea brewed with an ale. At first, I didn’t like it, because it tastes like an IPA and I don’t enjoy that hoppy flavor. After I let the beer sit for a bit it seemed to mellow and I liked it better. For round two I tried a Sour Cherry Hard Seltzer. It looks like sunshine in a glass with its light pink coloring. I couldn’t really taste the sour, but it was refreshing and light.

We worked up an appetite from hiking and we ordered a Garlic and Artichoke Pizza. After I ordered I received a buzzer to let us know when our pizza was ready. When I went to pick it up I knew we would never be able to eat it all, so I asked for a to-go box. The pizza was hot, cheesy, and garlicky. We ate a 1/4 of it and took the rest to go. We sat in the sun on the patio eating our pizza and finishing our beers. Julian Beer Co. also gets a thumbs up for a great location for day drinking in Julian.

On our last day of camping, we packed up and went for a hike. We hiked the Santa Ysabel Nature Center Loop Trail it is only 3.9 miles and it is rated as moderate on Alltrails. The trail is green with a lot of oak trees and wandering cows. When we got to the top of the hill we could see Julian Pie Company off in the distance. There are two locations. The first is on Main Street in Julian and the second is in Santa Ysabel off of Highway 79. We stopped at the second location. I ordered a slice of Dutch Carmel Pie with vanilla ice cream and a coffee. The pie was warmed up and smelled like cinnamon and caramel. In general, I don’t like pie, but this was delicious. We ate our pie at a little bistro table on the sidewalk. Because we had to drive home our coffee counts as our day drinking in Julian and Julian Pie Company gets a big thumbs up.

If you want to camp or stay at one of the many B & B’s Julian as something for everyone. We only tried day drinking at the breweries, but there are also cideries and wineries and we will have to plan another trip to visit them. 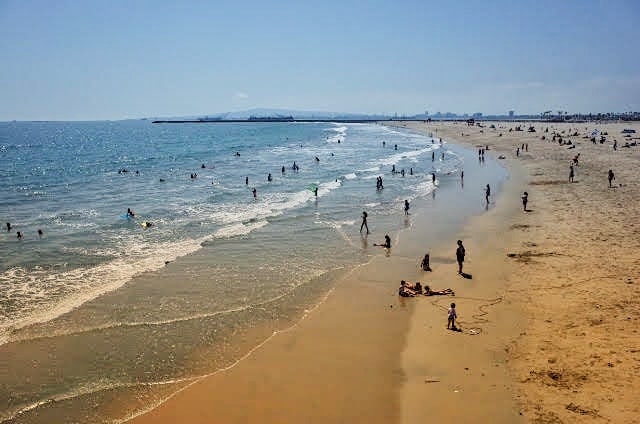 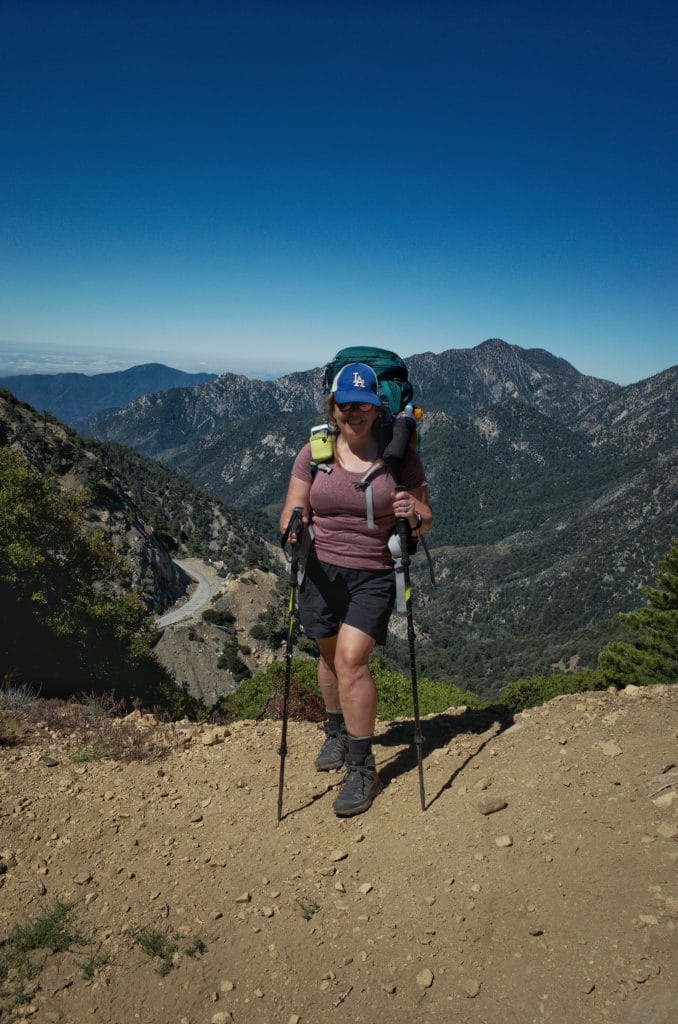